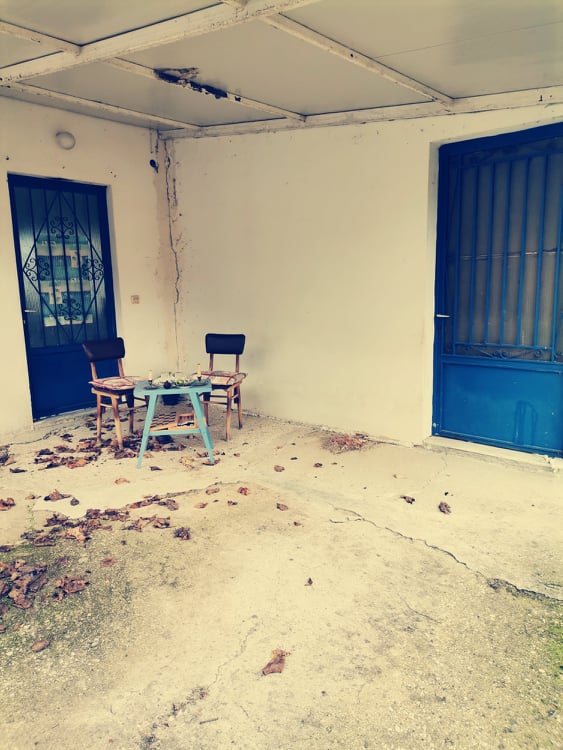 Old house for sale, 120 sq.m. on a plot area of ​​2,266 sq.m. with 20 olive roots in the village of Geroplatano in the prefecture of Thesprotia. It is considered an ideal choice for agritourism due to its layout and geographical location. It is only 1 km from the ancient Fanoti (Doliani) which is an archaeological site in the Municipality of Parapotamos Thesprotia, 16 km. west of Igoumenitsa.

The first construction of the house according to reports isin 1973. Along the way it was expanded and the family built 3 rooms. The expansion continued from the next generation with another 3 rooms. In 1999 a part of the house was partially renovated. It has electricity and water supply.

The sites from the most recent to the oldest are as follows:

Second building: A single room with a fireplace. Separate entrance.

The village of “Geroplatanos” is built at an altitude of 80 meters. To the west of it flows the Thyamis, while to the north the Ioannina-Filiaton road passes. the New Port of Igoumenitsa, 21 km from the “Drepano” beach, 16 km from the Filiaton Hospital (the only one in the Prefecture of Thesprotia) and a few km from tourist spots in the area.

The house is considered to meet the basic requirements for an agro-tourism operation. With a suitable renovation keeping the Vintage element, 3 private rooms for rent and a basic house could be created. The point is a few kilometers from the agricultural land of Epirus, which in recent years has been of tourist interest. The villages of Thesprotia produce olive oil, wine, watermelons, melons, anemones, citrus fruits, etc.

If you dream of your own house in the countryside, your own olive grove and at the same time being a host in your own traditional rooms then this place is ideal for you!

Compare
You can only compare 4 properties, any new property added will replace the first one from the comparison.
Valakos real estate sivota
We use cookies on our website to give you the most relevant experience by remembering your preferences and repeat visits. By clicking “Accept All”, you consent to the use of ALL the cookies. However, you may visit "Cookie Settings" to provide a controlled consent.
Cookie SettingsAccept All
Manage consent

This website uses cookies to improve your experience while you navigate through the website. Out of these, the cookies that are categorized as necessary are stored on your browser as they are essential for the working of basic functionalities of the website. We also use third-party cookies that help us analyze and understand how you use this website. These cookies will be stored in your browser only with your consent. You also have the option to opt-out of these cookies. But opting out of some of these cookies may affect your browsing experience.
SAVE & ACCEPT